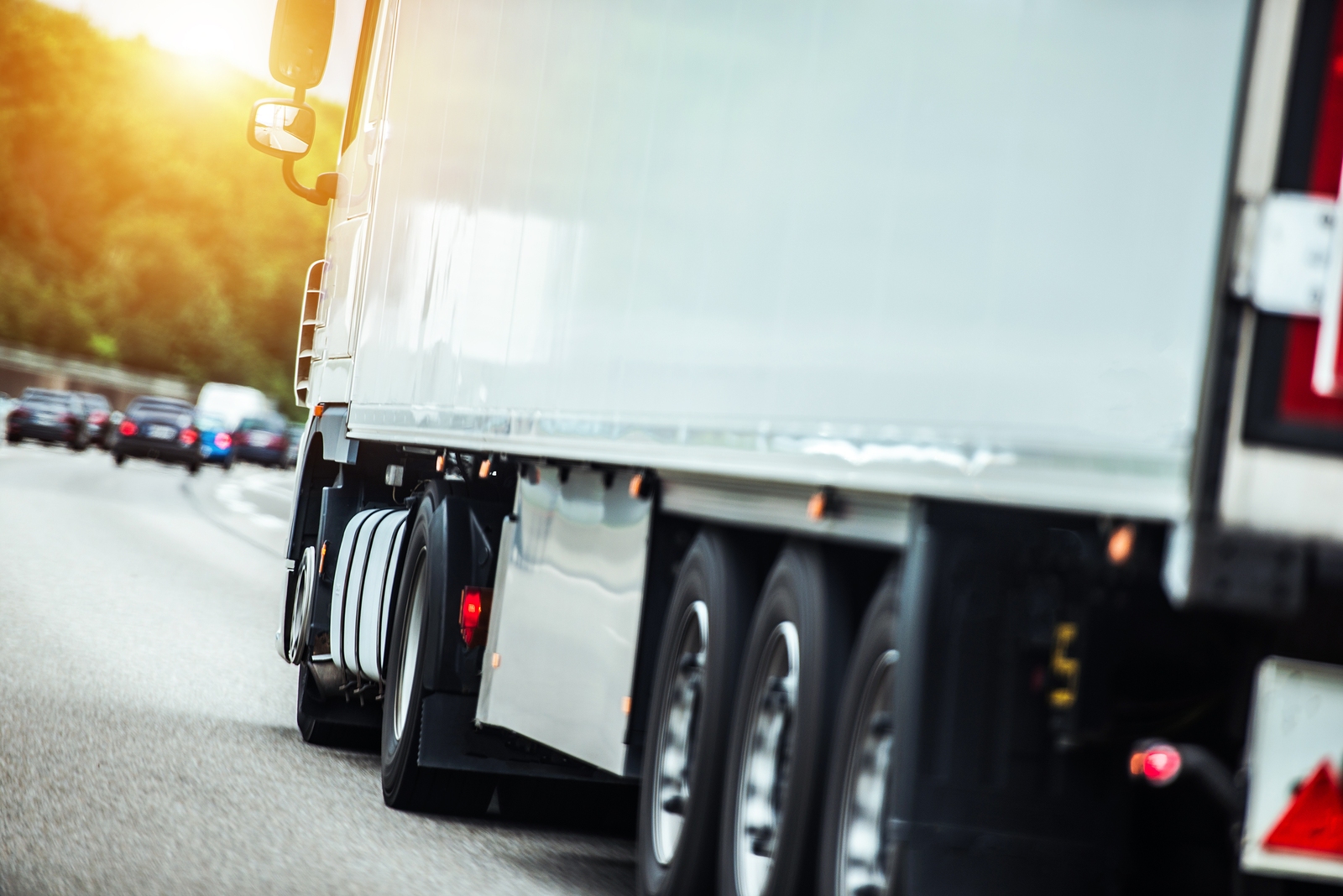 Roger Gonzales, Owner of Quick Services Corp., knows that as the owner of a young company, access to cash flow and access to time are two of the most important things a business needs to see growth. As a young trucking company, Roger was facing the challenge of a lack of cash flow and was also losing money by spending his time chasing down payments from vendors who were consistently late.

He needed a solution that would not only provide him with access to cash to run his business, but also give him back the time spent chasing down late payments. What was the solution to his challenges? Invoice factoring with UC Factors.

Learn about invoice factoring for new and growing businesses.

Quick Services Corp. is local to Southern California and delivers up to Bakersfield, CA and down to the Mexican Border. The company owns its own trucks and has seen steady growth in business since partnering with UC Factors in 2012.

Before partnering with UC Factors, Quick Services Corp. was facing the ever important challenge of cash flow problems. Their vendors were being sent invoices with terms of 30 days, but in reality, it took anywhere from 40-60 days for payment to be received.

“Before partnering with UC Factors, 99% of all our invoices had late payments past the date of the terms. This really affected our cash flow and ability to grow”
-Roger Gonzales, Owner, Quick Services Corp.

These late payments severely limited the access Roger had to cash to not only grow his business but make his own payments for day-to-day operations. He resorted to taking money out of his personal savings to continue to run his business, but he recognized this was not a long term solution.

Another challenge Quick Services Corp. was facing was the time it was taking to perform tasks related to billing. Since many of his invoices were late, Roger was constantly having to take the time to get on the phone and individually track down each payment on his own. This took up very valuable time and impacted his ability to get other daily tasks done.

“There were times that I was on the phone for over 2 hours chasing down a late invoice for $200. If I am out of a truck for 2 hours, I am actually losing money since I could have spent that time billing hours for a customer.”

Roger found that between the lack of cash flow and the lack of time due to billing tasks, he was struggling to see the growth he hoped to see for his business. He wanted to be able to take on new customers to continue to move the business forward, and so he began to search out alternative ways to fund his daily operations as well as free up some time and cash for business growth.

As Roger was looking at solutions for funding for Quick Services Corp., he quickly realized that taking out a loan to fund his company was not a feasible option as it would require him to put up personal assets as collateral since he was a young company. Roger wasn’t willing to take the risk of losing personal assets and could not continue to fund his business using personal savings.

Quick Services Corp. needed a solution that would provide funding quickly so Roger could operate daily and grow his company while still protecting his personal assets. He was finally referred to UC Factors and realized that invoice factoring would meet his particular business needs.

Learn why invoice factoring is the perfect solution for your business funding needs.

Learn how to get started working with a factoring company.

By partnering with UC Factors, he was able to comfortably handle his daily business tasks and didn’t have to be concerned about the lack of cash due to late vendor payments.

“Week after week, the late payments were piling up and causing challenges for my business. UC Factors was able to give me cash in hand for the invoices I sold them and it only cost me a small fee. This was worth it to me to be able to have the cash flow I needed to run my business daily and see growth.”

UC Factors was also able to take the billing duties off of Roger’s hands. As a part of invoice factoring, Quick Services Corp.’s customers were now paying their invoices through UC Factors. This meant he was no longer responsible for chasing down late payments and was no longer spending hours of his time on the phone trying to get ahold of his vendors. 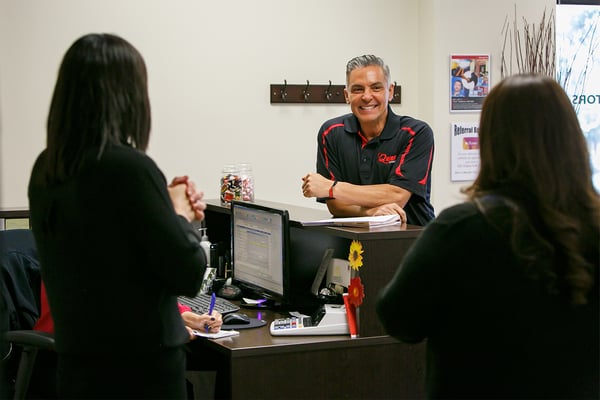 (Roger is all smiles after his continued partnership with UC Factors)

This, in addition to the increased cash flow, allowed him to make business decisions, acquire new customers, and grow his business in ways he never had the opportunity to do before.

Within 4 months of partnering with UC Factors, Roger was able to purchase a second truck for his business and hire a driver. A year later, he was able to do the same thing and now in 2019, he is up to 5 trucks and is still growing.

In addition, Quick Services Corp. has seen its weekly revenue grow by about 700% during the seven years Roger has been working with UC Factors. Credit limits have also increased and he is using these opportunities to gain new vendors and customers to continue growing.

Roger views UC Factors as an extension of his accounting and billing department and relies on their services to not only improve his cash flow, but also work as his billing and collections team. This too has contributed to his business growth since he has not had the need to hire an in-house team, which would be an added expense, even as he continues to grow.

“The billing process was completely taken out of my hands, which was a relief. None of my time is taken up chasing vendors for late invoice payments. If I had hired someone to take care of this, I wouldn’t have had the cash flow to be able to grow.”

In addition to the improved billing processes and the increased cash flow, Roger has noticed that partnering with UC Factors has made the process of doing business much easier. Since he is no longer chasing down vendors for payment, he has time to work on growing his business and increasing his customer base.

Learn how to choose the right invoice factoring company for your business.

Moving forward, Roger’s goal is to gain more customers to be able to see his business progress and grow. Thanks to the funding provided by invoice factoring, he has the cash flow and the time to be able to take on new customers - something he didn’t have before working with UC Factors.

“If you want to see your business grow, use UC Factors. Don’t be concerned about invoice factoring fees - they’re worth it for the services you receive and the growth you get.”

He plans to continue to work with UC Factors and the longer he partners with them, the easier it gets for him. Roger truly enjoys the service he receives from UC Factors - not only because of the benefits he sees for his business, but also the level of customer service he gets from each and every staff member.

He is now able to submit his invoices through email, which makes the process even easier and much faster for him. However, if he is able to Roger still likes to go in and deliver his invoices in person so he can say hello to the team due to the relationships he has developed during his partnership with UC Factors. 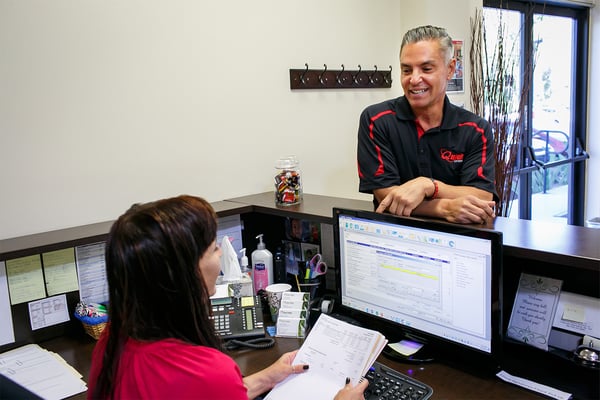 Roger knows that the experience and service he receives from the team at UC Factors has played a large part in the positive experience he has had partnering with the company for the past 7 years.

He recognizes that the fees associated with invoice factoring are worth every penny - any other option would have had associated costs (interest from a loan, taking money from a personal savings account, etc.) and with other funding options, Roger would not have had the additional benefits provided by UC Factors.

Roger knows that factoring is the best option for his business to be able to have access to cash flow and remove the challenges of billing, while also being able to see business growth. The savings he has seen from not having to hire employees to cover the billing duties or from not needing to hire service companies to run credit checks and guarantee credit more than make up for any fees he pays to factor invoices. Meanwhile, Roger is able to use that amount saved to grow his business and continue to take on new customers.

Are you interested in learning more about invoice factoring with UC Factors? Contact us today for more information and a no obligation consultation to see if invoice factoring is the right fit for your business. 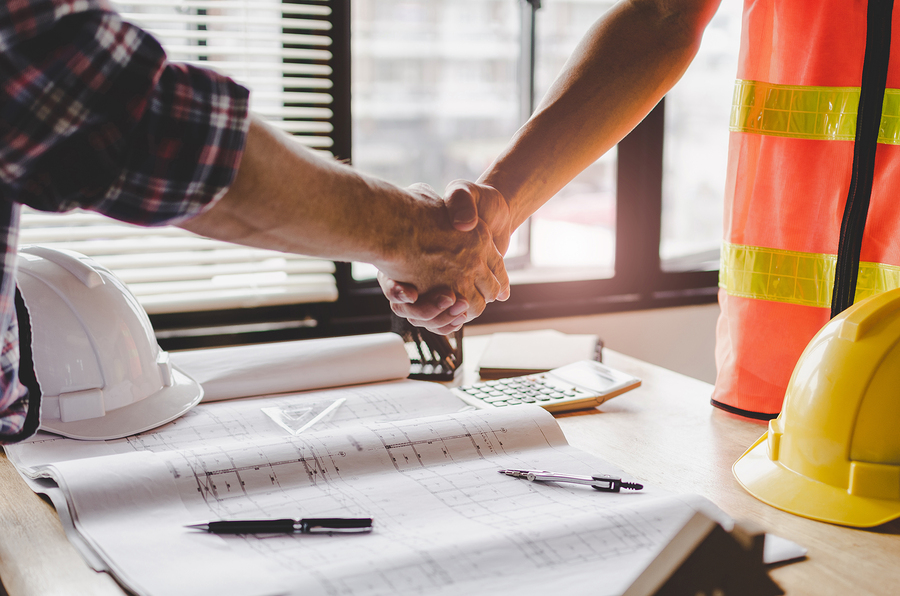 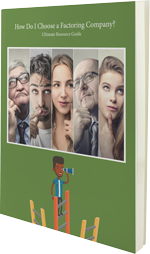